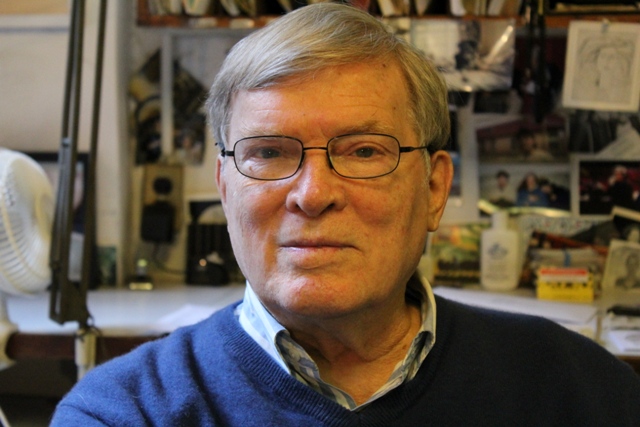 D A (Donn Alan) Pennebaker is widely regarded as one of the pioneers of cinema verite filmmaking. In 2013 The Academy of Motion Picture Arts and Sciences recognized D A Pennebaker’s body of work with an Oscar for Lifetime Achievement. In the early sixties, Pennebaker and his colleague Richard Leacock developed one of the first fully portable 16mm synchronized camera and sound recording systems which revolutionized filmmaking and helped to created the immediate style of shooting so popular today. Pennebaker is the recipient of numerous filmmaking awards including the IFP’s Gotham Award. Pennebaker made his first film, the short DAYBREAK EXPRESS, in 1953. In 1959, he joined Drew Associates, which produced for Time-Life the highly acclaimed “Living Camera” series in the early 1960s. The filmmakers’ subjects ranged from the Broadway debut of Jane Fonda (Jane), to President Kennedy’s presidential primary run against Hubert Humphrey (Primary), to the desegregation of the University of Alabama (Crisis). In 1967, Pennebaker released the seminal film DONT LOOK BACK, which followed Bob Dylan’s last acoustic concert tour in England. The film broke box office records and is considered a classic of both documentary and rock filmmaking.

Pennebaker’s next film, MONTEREY POP, was a record of the 1967 Monterey International Pop Festival that launched the careers of Janis Joplin and Jimi Hendrix. A critical and commercial hit, Monterey Pop was the progenitor of a host of rock documentaries, from Woodstock to Pennebaker’s own KEEP ON ROCKIN’ which featured rock n’ roll legends Jerry Lee Lewis, Little Richard, Chuck Berry, and Bo Diddley; and ZIGGY STARDUST AND THE SPIDERS FROM MARS, Bowie’s final Ziggy performance. Pennebaker’s television documentary COMPANY – The Original Cast Album, about the recording of the Stephen Sondheim musical’s cast album, includes Elaine Stritch’s infamous performance of “The Ladies Who Lunch.”

In 1976, the filmmaker began his long collaboration with his partner and future wife, Chris Hegedus. Together, they have co-directed a host of acclaimed films, including 1998’s MOON OVER BROADWAY and 1994’s THE WAR ROOM. The latter film, a behind-the-scenes look at Bill Clinton’s 1992 presidential campaign, received an Academy Award Nomination for Best Documentary and won the National Board of Review’s D.W. Griffith Award for Best Documentary.

Pennebaker and Hegedus’ early films include the five-hour, three-part special THE ENERGY WAR, which chronicled the historic Congressional fight over President Carter’s 1977 bill to deregulate natural gas; and TOWN BLOODY HALL, filmed in 1971 and edited by Hegedus. The film relives the fractious “Dialogue on Women’s Liberation” at New York City’s Town Hall. The years 1979 to 1981 were spent filming DeLOREAN, a profile of automobile entrepreneur John DeLorean as he developed his stainless steel gull-winged car in Northern Ireland; ROCKABY, which documents the rehearsals and the first performance of Samuel Beckett’s play, starring Billie Whitelaw and written specifically for the filmmakers for this project; and ELLIOT CARTER AT BUFFALO, which follows acclaimed composer Elliott Carter as he directs his ground-breaking work “Double Concerto.”

Other music films include DOWN FROM THE MOUNTAIN, directed by Hegedus, Pennebaker and Nick Doob, and executive produced by T Bone Burnett and the Coen brothers; and ONLY THE STRONG SURVIVE, a Miramax release featuring legendary soul music performers Rufus Thomas, Isaac Hayes, Wilson Pickett, and Sam Moore. For Sundance Channel, they directed VOTE FOR CHANGE, featuring performances by Bruce Springstein, among others. Recent programs for HBO include ELAINE STRITCH AT LIBERTY, which won a 2004 Primetime Emmy Award for Best Music, Comedy or Variety Show; the comedy ASSUME THE POSITION with Robert Wuhl, and a segment for the highly regarded special ADDICTION.

Pennebaker’s most recent film is KINGS OF PASTRY, which follows the prestigious French pastry competition the Meilleurs Ouvier de France. It is co-directed by Hegedus and produced by Frazer Pennebaker and Flora Lazar. His subsequent projects include directing a live webcast of the National at the Brooklyn Academy of Music and promoting the new Criterion Collection edition of THE WAR ROOM. He continues to collaborate with other filmmakers through his non-profit  organization, Living Archives. Presently, Pennebaker and Hegedus are filming UNLOCKING THE CAGE, their new documentary about animal rights lawyer Steven Wise and his lawsuit seeking personhood for a chimpanzee.