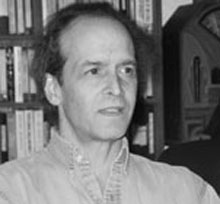 Nick Doob has been making films since the early 70’s, acting as director, cinematographer and editor on numerous award-winning films, including three which were nominated for Academy Awards, and From Mao to Mozart which won.  Doob has received six grants from the National Endowment for the Arts, including three individual filmmaking grants and is a member of the Academy of Motion Pictures.

He recently co-directed with D.A. Pennebaker and Chris Hegedus, Down from the Mountain, and in 2002 won an Emmy as a producer on American High the acclaimed verite TV series. He has made films for American Masters, the Oxygen Network and Carnegie Hall Productions.  He has shot a number of Pennebaker Hegedus films, starting with Ziggy Stardust and the Spiders from Mars, as well as The War Room , Moon Over Broadway, Only the Strong Survive,and the Emmy award-winning Elaine Stritch at Liberty.  Most recently he has completed a film about the dancers Carmen de Lavallade and Geoffrey Holder as well teaming with Chris Hegedus on a film about political satarist Al Franken, which premiered at the 2006 SXSW Film Festival in Austin, TX.