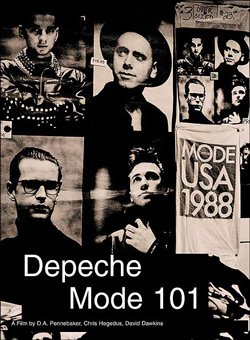 Hard to believe that today marks the 20th anniversary of Depeche Mode’s concert at the Rose Bowl in Pasadena, CA. That show was the culmination of not one, but two wild bus tour across America – one convoy with the band, and one with a group of teenagers who’d won a dance contest to see their favorite band play their final show on the US tour. It was an amazing journey for everyone, and one of the greatest music experiences we’ve ever had both as fans and as filmmakers.

Watch some concert footage from the June 18, 1988 Pasadena show: