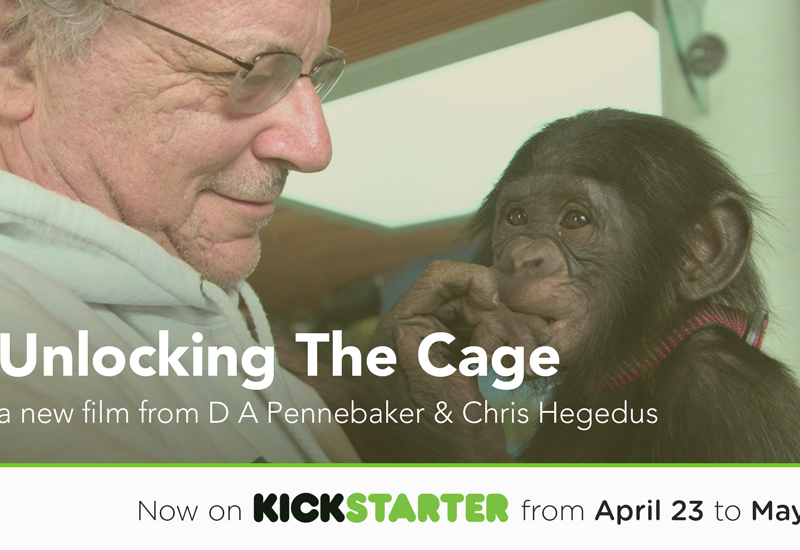 On May 23rd, our 30 day online crowdfunding campaign for “Unlocking the Cage” came to an end. The campaign was a huge success, and we couldn’t be more thankful for all the support from our Kickstarter backers. Here is the update that we sent out to the backers on the day that the campaign wrapped up:

After an exhilarating four weeks, our Kickstarter campaign is finished and 116% funded! We are very grateful for the 768 of you, from around the world, who are joining us as we finish making Unlocking the Cage. Thank you so much for your generous support and the many words of encouragement that you’ve shared with us in person, in emails, and around web. With this incredible community behind the film, we are more confident than ever that Unlocking the Cage will push the conversation of how and why we should protect animals.

As many of you know, our films are about people who devote themselves to a singular pursuit and dream. Their passion, whether for music, or politics, or pastry-making, is extraordinary. With a mix of curiosity and awe, we accompany these individuals on their journeys and are plunged into their worlds. We like to joke that whenever we make a film, it’s like embarking on a new Phd degree. We always learn so much about these professions and are inspired by the people we’ve grown to admire.

In many ways, Unlocking the Cage is no different from our other films. For over thirty years Steve Wise has been dreaming of this moment: a courtroom scenario in which he pours out all his legal reasoning for chimpanzee personhood, with a chance (however slight) that it will be found reasonable and turned into law. We were invited to take our cameras and follow Steve into the courtroom, and how could we not be there and do it?

But what is different about this film is how we’ve been affected by what we’ve seen. We’ve been introduced to a different type of “person,” one who remains a mystery to all of us, and yet with whom we feel an inexplicable deep connection. Our experiences with these animals, the apes and elephants that Steve is fighting for, have moved us in ways that we never expected. From the moment Kanzi the bonobo used his computer lexicon board to ask Steve for a ball, to watching Merlin the chimpanzee grieving for his recently deceased companion, these moments shook us and have remained with us since. We don’t exactly know what we’ve seen, but we know that we’ve seen someone who, like us, feels joy, pain, and empathy.

After a lifetime of studying the natural world, Darwin concluded, “There is no fundamental difference between man and mammals in their higher faculties: reason, curiosity, memory, imagination, and problem solving.” Whether animals have a belief in a god, he couldn’t say, but he knew that they see beauty. After two years of making this film, we have to agree with him. 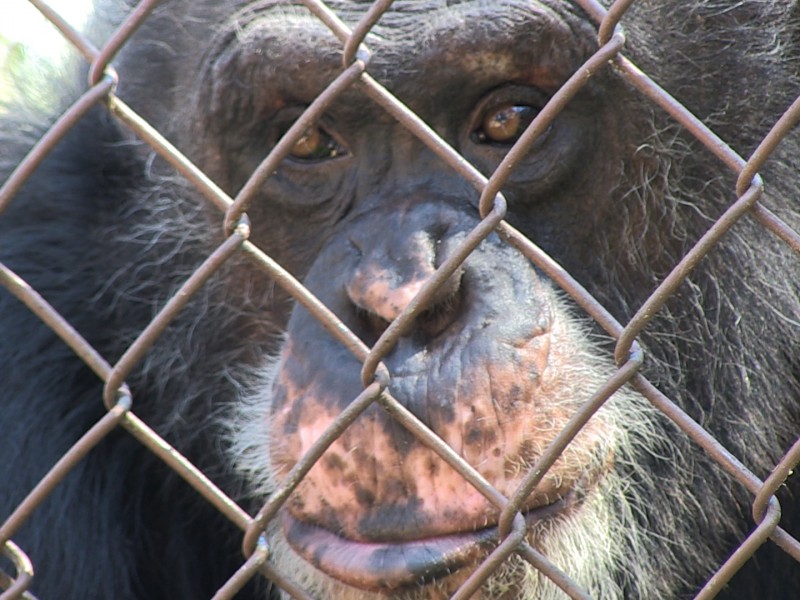 It amazes us how in such a short amount of time, Steve has gone from being “barked” out of courtrooms to appearing on the cover of The New York Times Sunday Magazine. His once quixotic dream has reached our society at a critical turning point in our relationship with the environment and the other beings with whom we share this planet. Just as our team has learned so much about law and animal cognition, we as a society are continuing to learn more and more about animals, too. What we’re going to learn about them in the upcoming years is going to shake us even more.

And so with this in mind, and with a burst of new energy, we are ready to plunge back into making Unlocking the Cage. We hope that you will stay with us as we go forward with Steve and the film, and we will continue to use our Kickstarter page to share updates and stories about the project.

Thank you again for jumping into this with us. There’s much that we have to do, and we wouldn’t be able to do it without you. 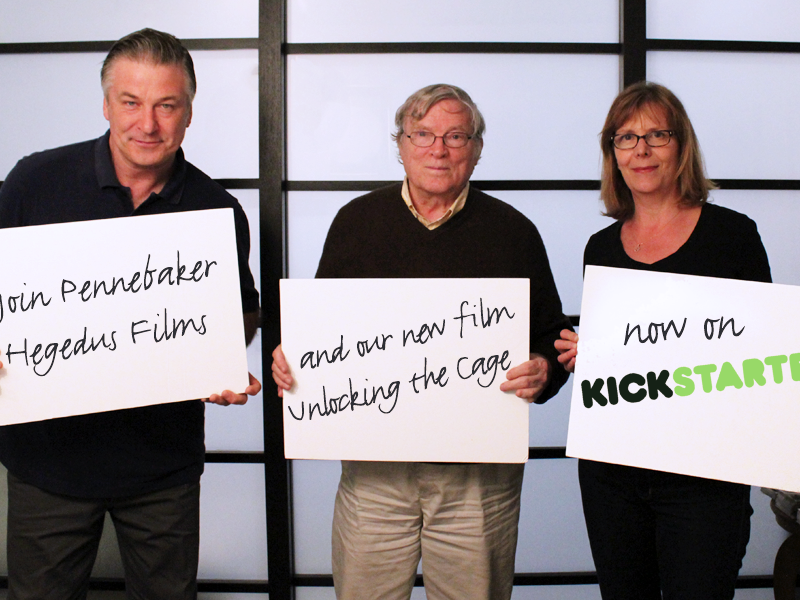 This week we met with Alec Baldwin, a big supporter of documentary films and animal rights, and he generously offered to do a video testimonial in support of our new film, “Unlocking the Cage,” and its Kickstarter crowdfunding campaign. We had a fantastic time with him, and he shared many kind words about Chris and Penny’s work. Thank you again, Alec!