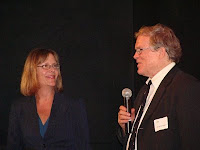 Last week, Chris Hegedus and D A Pennebaker presented their new film, THE RETURN OF THE WAR ROOM to students at Flashpoint Academy in Chicago. 16 years after they made THE WAR ROOM, Hegedus and Pennebaker’s 1992 Oscar-nominated documentary following Bill Clinton’s first presidential campaign, the filmmakers reunited with James Carville, George Stephanopoulos, Mary Matalin, Paul Begala, Bob Boorstin, Dee Dee Myers, and others to reflect on the changes in American politics and political campaigns over the last 16 years.

THE RETURN OF THE WAR ROOM will premiere on Sundance Channel on October 13th at 9PM, followed by THE WAR ROOM.

Read more about THE RETURN OF THE WAR ROOM here and here.

Pennebaker and Hegedus also premiered the trailer for their other new film, THE COLLAR. THE COLLAR follows some of France’s best pastry chefs as they prepare for the oldest and most prestigious pastry competition in France, the “Meilleurs Ouvriers de France” (Best Pastry Chefs in France). Pennebaker and Hegedus were the first people to ever be allowed to film the intense three-day competition, held only once every four years and resulting in a medal ceremony presented by the French president, Nicolas Sarkozy. Hegedus and Pennebaker followed French-born pastry chef Jacquy Pfeiffer of the French Pastry School in Chicago as he returned to France to train and compete for the MOF. 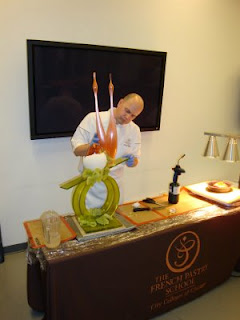 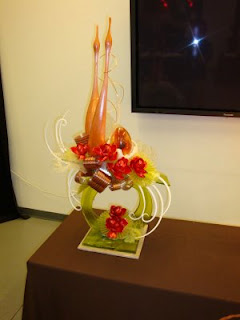